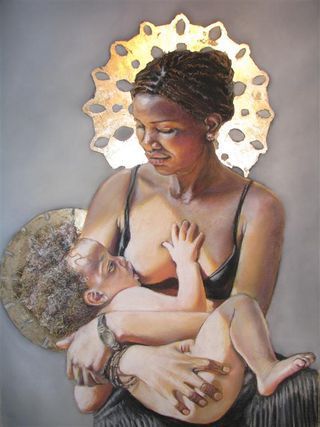 For some time, I haven’t had a solid opinion on the topic until today. So, today, I went to the Nigerian Embassy in London to renew my passport. As I was sitting down and waiting for my number to be called, a lady with her little beautiful baby girl came to sit beside me.

From what I could tell, the baby was not more than four months old. She was cute and she was playing around and smiling. At some point, she started crying. Her mum started to soothe her. She tried to give her toys and tried to relax her but the little baby was still crying. It was at this point that the mum realised that her baby was probably hungry so she decided to feed her.

So, she covered herself the best way she could and started to feed her baby as she was sitting there. As I sat there, my mind flashed back to a conversation that Wendy Williams had with Alyssa Milano. Wendy believes that breastfeeding should be private while Alyssa believes that there is absolutely nothing wrong with public breastfeeding. Now, Wendy, I love you but I am going to have to side with Alyssa on this one.

Watching that woman breastfeed her baby, I did not feel uncomfortable in any way. I felt that it was completely natural and there was nothing sexualised about it. Some women prefer to breastfeed their baby in private which is very okay but if a woman decides to breastfeed her baby in public, I see no harm. I think it is a celebration of the greatness that is the woman’s body and I love it. This is my 2 cents.

I would post the Wendy video for you all to see and I would love to hear your thoughts on the subject. Do you think there is anything wrong with public breastfeeding?

The breastfeeding debate starts at 3.45 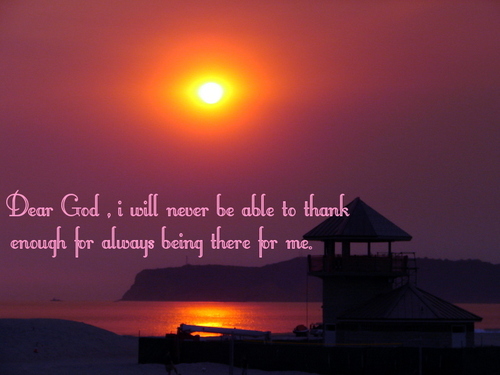 On the 26th of September, 2013, I started my undergraduate journey at the University of Buckingham. I was just so excited to be at uni seeing that I did not perform my greatest in my A’level exams.

I wanted to enjoy all that uni life had to offer. I was ready to learn how to be a journalist and I was also ready to have a swell time at uni.

In my last post, I mentioned that the last two years were really difficult for me and I was depressed. This is because, though uni life was great, I experienced deep terrible pain and I also had to make some really tough decisions. All of this distracted me and when my course was about to end, I became really scared that I would not do well.

My results came out this morning and prior to this, I had been feeling so afraid and so scared. I could not even sleep properly last night because I was so nervous. So, by 9.08am this morning, I received an email from my university and the first thing my eyes went to was:

I am pleased to be able to confirm that you have satisfied the examiners and that Senate has accepted the recommendation of the Board of Examiners that you be awarded the following:

To say I was overjoyed is an understatement. I let out a shout of joy. I started to thank God and I have been thanking Him ever since because what he has done for me is something that I still can’t explain.

I do not know what I have done for God to love me so…I just cannot even begin to say how grateful I am to Him because I did not do this on my own.

This is me, sharing a testimony of what God has done for me. I cannot keep quiet about it and to him belongs all the glory, all the honour and all the majesty.

Please, anyone who reads this, just say ‘Thank you’ to God for me because saying it from my own lips isn’t enough. I would never ever be able to repay God for everything he has done for me but the best I can do is just to keep on thanking him.

It’s not the easiest thing for me to share stories like this. For those that have been reading my blog for some time, you will notice that sometimes I talk about times when I have been hurt but I never really give any details.

However, just a couple of minutes ago, something told me to share this story. My mum believes in self-preservation but for me, I just see it as an avenue to be secretive. I love being an open book because I never want anyone to ever feel like they can use something against me.

This story is not one I wanted to share. I never even thought I would but I guess pigs are flying today.

So, I have been depressed for a really really long time. However, the last two years have been really difficult. I did not like discussing it with people because I have noticed two things:

Sorry, it already seems like a sermon but I just feel like I have to give some kind of backgrounder.

Anyway, some time last year, I was having a really terrible depression moment so I went to the doctor and he gave me some anti-depressants. I really just wanted to be okay.

One night, I was extremely sad and in so much pain and I was just sick and tired of being sick and tired. I don’t understand where the depression comes from. I don’t get it. If I could stop being like this, I would. Anyway, I wanted the pain to go away and even though, I am a christian and I do believe that suicide would not give me a great eternity, I had a temporary lapse of judgement. All I could think about was the pain ending. That was what I wanted. To be honest, I did not really want to die, I just wanted to sleep and not remember.

So, I wrote a suicide note and I went to my bedroom and I took more than a few of my anti-depressants without even really thinking about it and I just lay on my bed in hopes that I would fall into some kind of sleep. But I didn’t and my heart started to beat faster and I snapped out of my temporary insanity and I called 111 – which is some kind of medical helpline.

I told the nurse what I had done. She asked me why but I couldn’t tell her the truth so I just told her that I really just wanted to sleep. She kept on asking me questions but I stuck to my answer. She told me what I took was not enough to cause any panic but she did send an ambulance over to check on me. This was about 3am.

After that, they took me to the hospital because there was no one at home with me and they didn’t want me to be alone. At the hospital, they let me rest for a while and they had some people talk to me but I did not really want to talk so I told them I was alright.

I was just sad. I just wanted the pain to stop. I don’t think I have really told anyone about this because like I said, it is embarrassing and just pathetic. I just felt like I had to bare a part of my being to the world.

This was not the first time I thought of killing myself, but this was the first time that I came somewhat close. It’s been a while since I have had any kind of suicidal thoughts. Today, though I started to almost wish that I didn’t exist so I guess I used this as some sort of medium.

I am grateful to God for my life and He keeps on giving me chances. It’s just that some days have been so difficult. I hope ya’ll don’t use this post against me. Lol. I just…I try to keep on reminding myself that it does get better. I try and sometimes I pray to God. I just felt a need to share this with you guys.